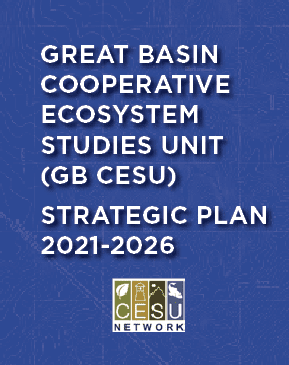 The Great Basin Cooperative Ecosystems Studies Unit was established in 2001 with the University of Nevada, Reno as the host institution. Today, the partnership includes 12 universities, 10 federal agencies, and three non-profit organizations that bring expert scientific, cultural, and educational resources to bear on some of the most challenging environmental and cultural issues faced by the region.

The Great Basin is an incredibly diverse landscape that is increasingly at risk from climate change and land use and development activities. Given that the Great Basin states have among the highest percentages of federally-managed land in the U.S., these changes and risks pose particular challenges for those tasked with managing the land. Addressing these challenges requires science-guided management and effective partnerships. The GB CESU facilitates projects that provide technical assistance to management agencies and inform effective management practices. In the past five years alone, the GB CESU has facilitated 83 projects that provide these services, totaling $13.2 million in funding.

With the 2021 renewal of the five-year host-university agreement, the University of Nevada, Reno is committed to stewarding this critical partnership and eager to facilitate a more efficient and effective partnership, by bringing more experts into the consortium and providing more opportunities for experts and managers to work collaboratively on these important issues. 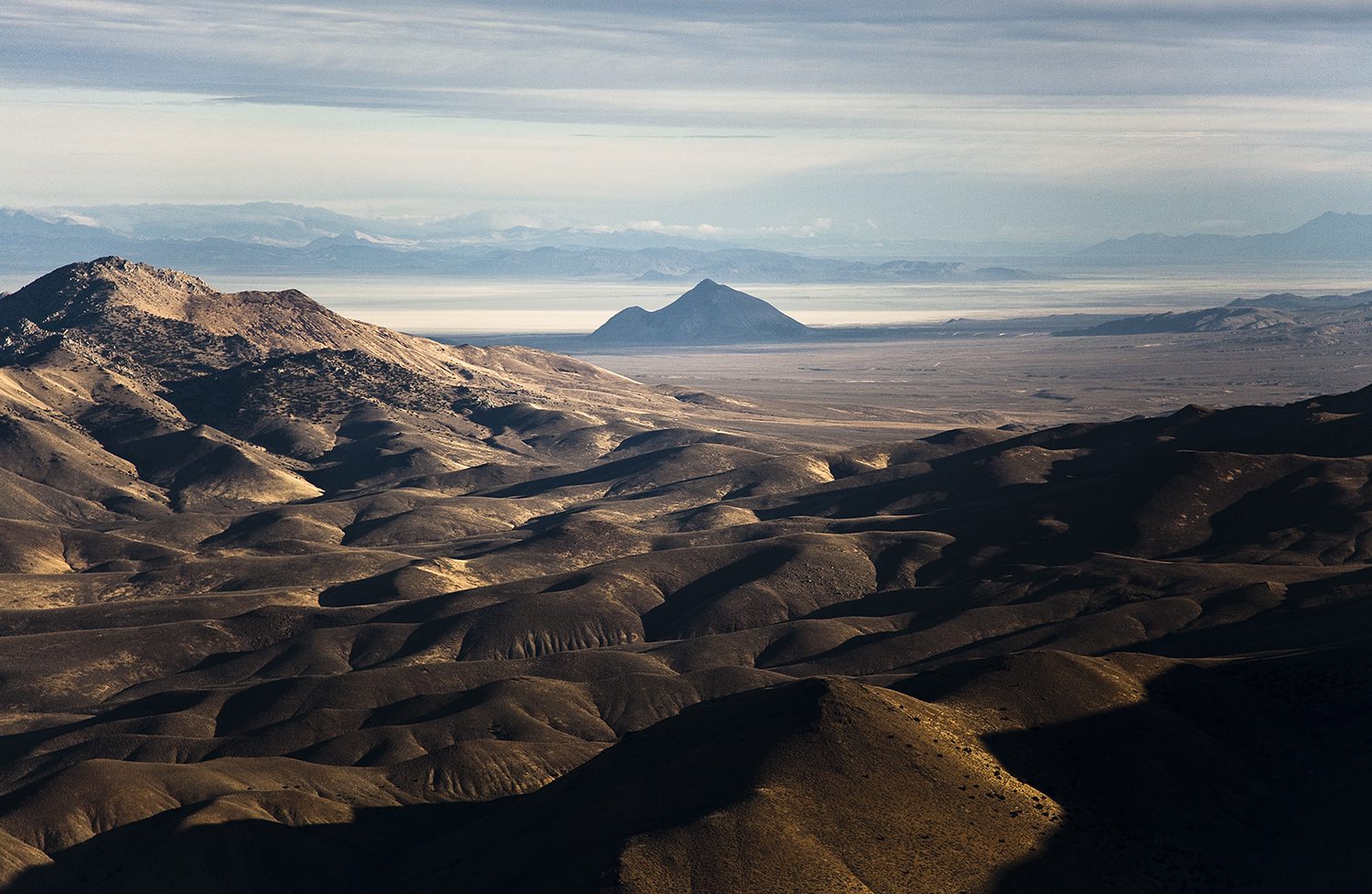 The mission of the Great Basin CESU is to facilitate partnerships for research, technical assistance, and education that enhance understanding, stewardship, and sustainability of natural and cultural resources, as well as human communities, within the Great Basin.

The Great Basin CESU envisions a Great Basin in which ecological systems, cultural heritage, and human communities are supported through science-guided management and effective partnerships of scientists, federal managers, and public stakeholders.

History and Overview of the Great Basin CESU 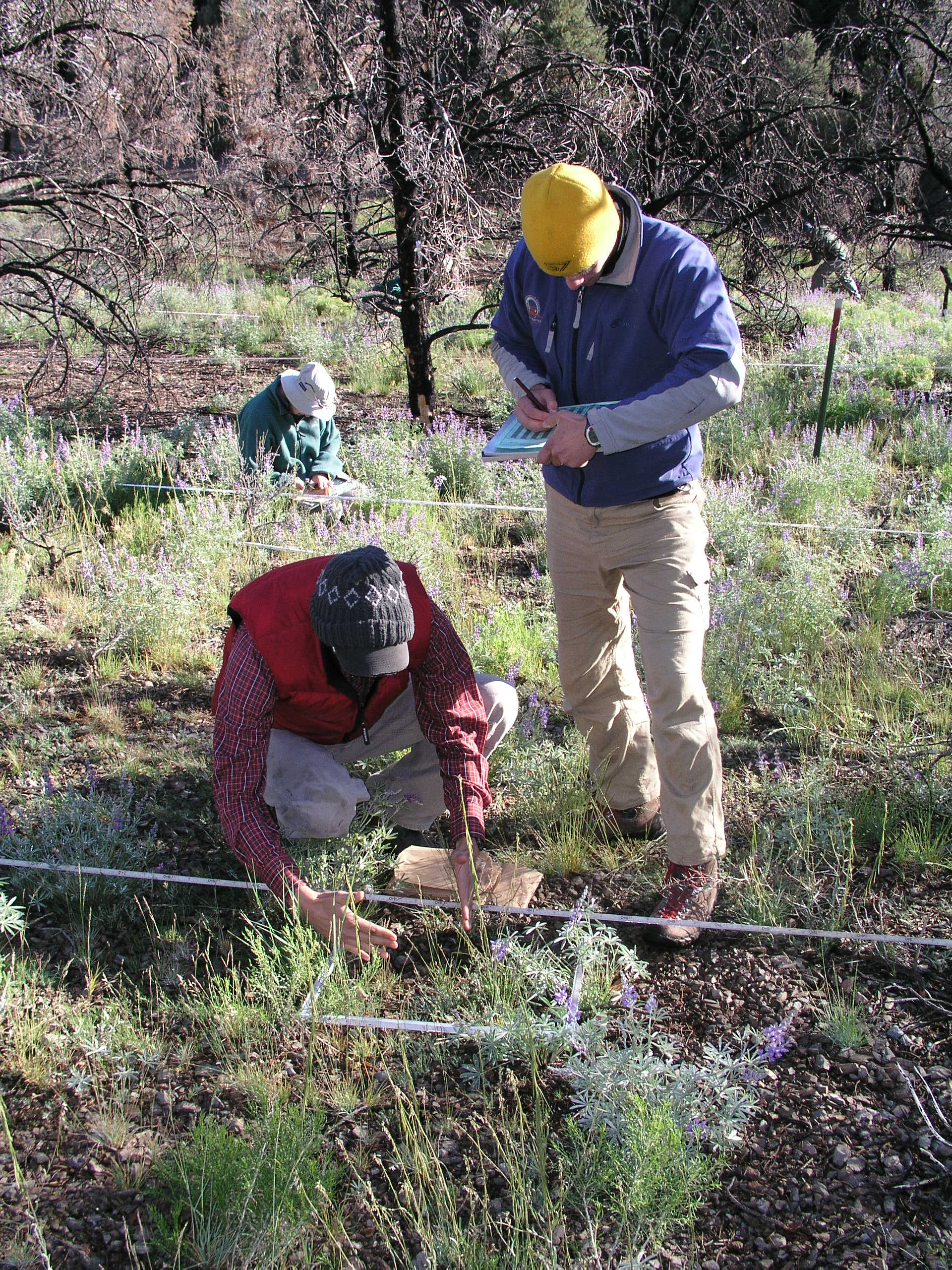 The Great Basin Cooperative Ecosystem Studies Unit (GB CESU) was established in May 2001. In 2021, GB CESU partners include 12 universities, 10 federal agencies, and three non-profit organizations. The University of Nevada, Reno has served as the host institution since the inception of the GB CESU. Leadership and administrative support for the GB CESU director’s position reside in the Division of Research & Innovation at the University of Nevada, Reno. This central location in the University system allows for robust leadership, augments access to resources, and ensures continuity of administration.

Background: The Need for Science-Guided Management and Partnerships

Sustaining the Great Basin’s ecological systems, cultural heritage, and human communities requires science-guided management and effective partnerships. The Great Basin is a topographically and geologically diverse semiarid region of the western U.S. that encompasses most of Nevada, and parts of Utah, Idaho, Oregon, and California.

Prior to Anglo-American settlement in the mid-to-late 1800s, the region was sparsely occupied by Native American tribes. Following settlement and incorporation of the Great Basin states into the union, the region was comprised largely of rural agricultural and ranching communities for most of the 20th century.
In recent decades, the major urban centers (Bend, Oregon; Boise, Idaho; Las Vegas and Reno, Nevada; Salt Lake City, Utah) at the periphery of the region experienced among the most rapid population growth in the United States.

Because there was little privately-owned land in the region when the federal land management agencies were formed, the states in the Great Basin have some of the highest percentages of federally-managed land in the U.S. – 45.8% in California, 61.6% in Idaho, 53% in Oregon, 64.9% in Utah, and 84.9% in Nevada. These federally managed lands are intermixed with state and private lands.

Agency missions, policies, and guidelines often differ for adjoining lands, and perspectives of the diverse public about appropriate uses and management of federally managed lands can vary. These differences emphasize the need for organizations like the CESU that are focused on land stewardship and building partnerships.

The Great Basin is experiencing two types of interacting change agents that threaten natural and cultural resources and human communities. Persistent ecosystem changes include the spread of nonnative invasive plant species, altered fire regimes, conifer expansion, and climate change. Land uses and development activities that are causing change include cropland conversion, energy development, mining, road and other infrastructure, urban and exurban development, recreation, wild horse and wild burro activities, and improper livestock grazing. Land uses and development can increase the risk of persistent ecosystem changes, particularly invasion of nonnative annual grasses, increased wildfire activity, and conversion of large areas to invasive annual grasses. Longer fire seasons and more extreme fire weather due to ongoing climate change are exacerbating these changes. The consequences of these changes are deteriorating habitats for native plants and animals and economic losses for human communities from decreased recreational and hunting opportunities and loss of livestock management infrastructure and forage. Many of the projects sponsored by the GB CESU focus on developing the scientific information and management strategies needed to restore Great Basin ecosystems and maintain the resources needed to support human communities. 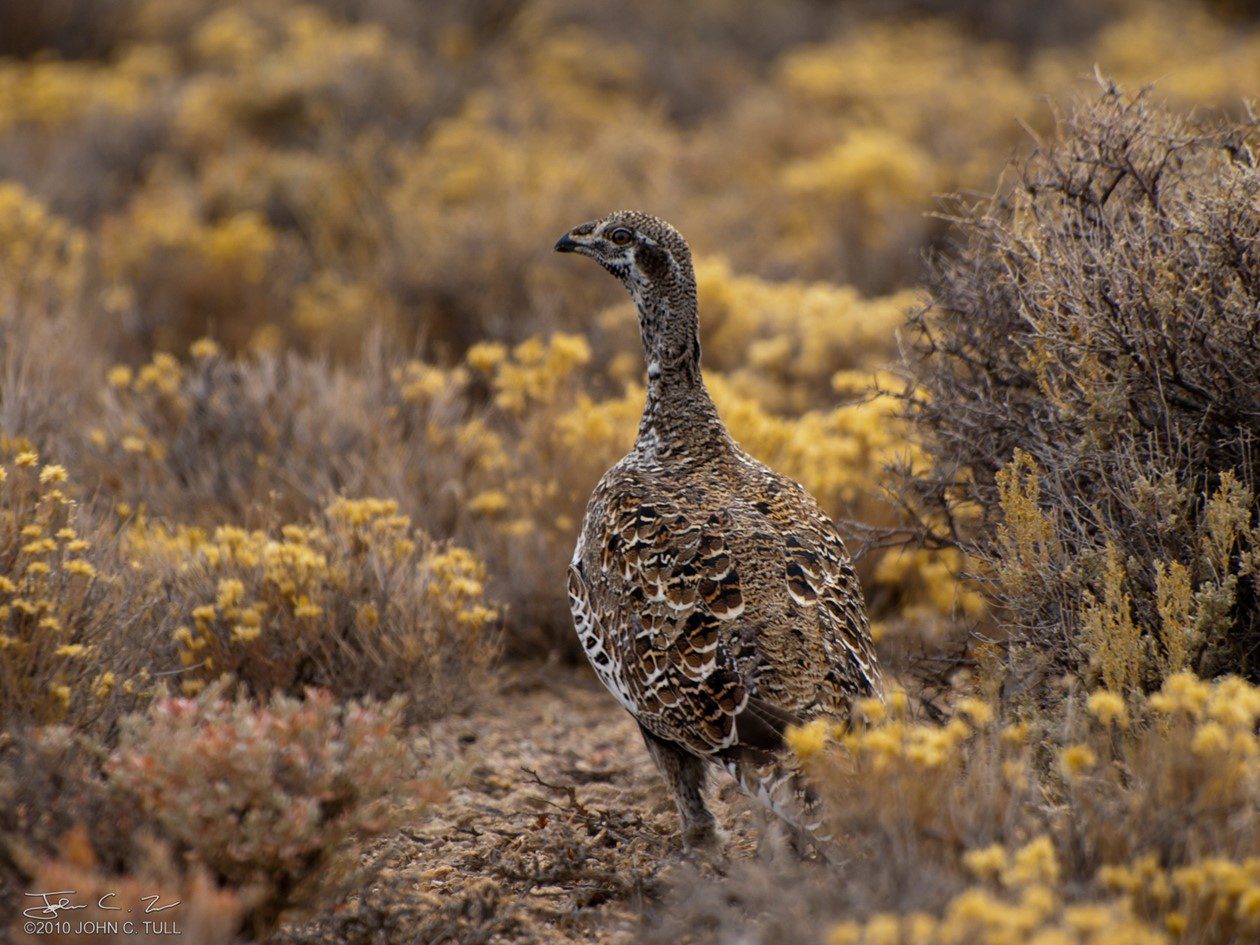 The ongoing changes in the Great Basin are reducing habitat and placing many species at risk. Sagebrush ecosystems characterize much of the region and are estimated to compose only about 59% of their historical area. It is estimated that 20% of species associated with sagebrush ecosystems are at risk and that there are 207 plant and animal species of conservation concern. Many species (about 75%) are strongly associated with stream and riparian ecosystems in this water-limited region. Several aquatic species are already extinct and numerous others are at risk. Habitat restoration and species conservation are primary objectives of Great Basin management agencies to maintain species populations, as well as to prevent listing under the Endangered Species Act and any subsequent restrictions on management practices. Conservation of species-at-risk requires targeted research on individual species and their habitats to develop effective management practices and provide technical assistance to the management agencies. This is the emphasis of multiple GB CESU-sponsored projects.

Land management agencies in the Great Basin clearly face significant challenges in administering public lands in a manner that will ensure sustainability into the future. Addressing the changes occurring in the Great Basin requires developing a sound scientific understanding of current ecological patterns and processes of plant and animal populations and communities, ecosystem and landscape dynamics, and how these are likely to change with future climate projections. Knowledge of past and present Great Basin ecosystems, and of human communities and their interactions with these ecosystems, can increase our understanding of the dynamic nature of these landscapes. This understanding can provide a frame of reference for assessing the factors affecting modern patterns and processes, as well as ensure continued vibrant human communities.

Traditional Ecological Knowledge based on extensive observation of an area or a species can provide important insights into the changes that have occurred and how Native Americans address them. Collectively, this information can provide the basis for developing effective management strategies and providing information to scientific and management communities and to the public.

The Great Basin CESU plays a vital role in facilitating partnerships among institutions of higher education, nonprofit organizations, and federal research and management agencies to provide the information that is needed for science-guided management, specifically: 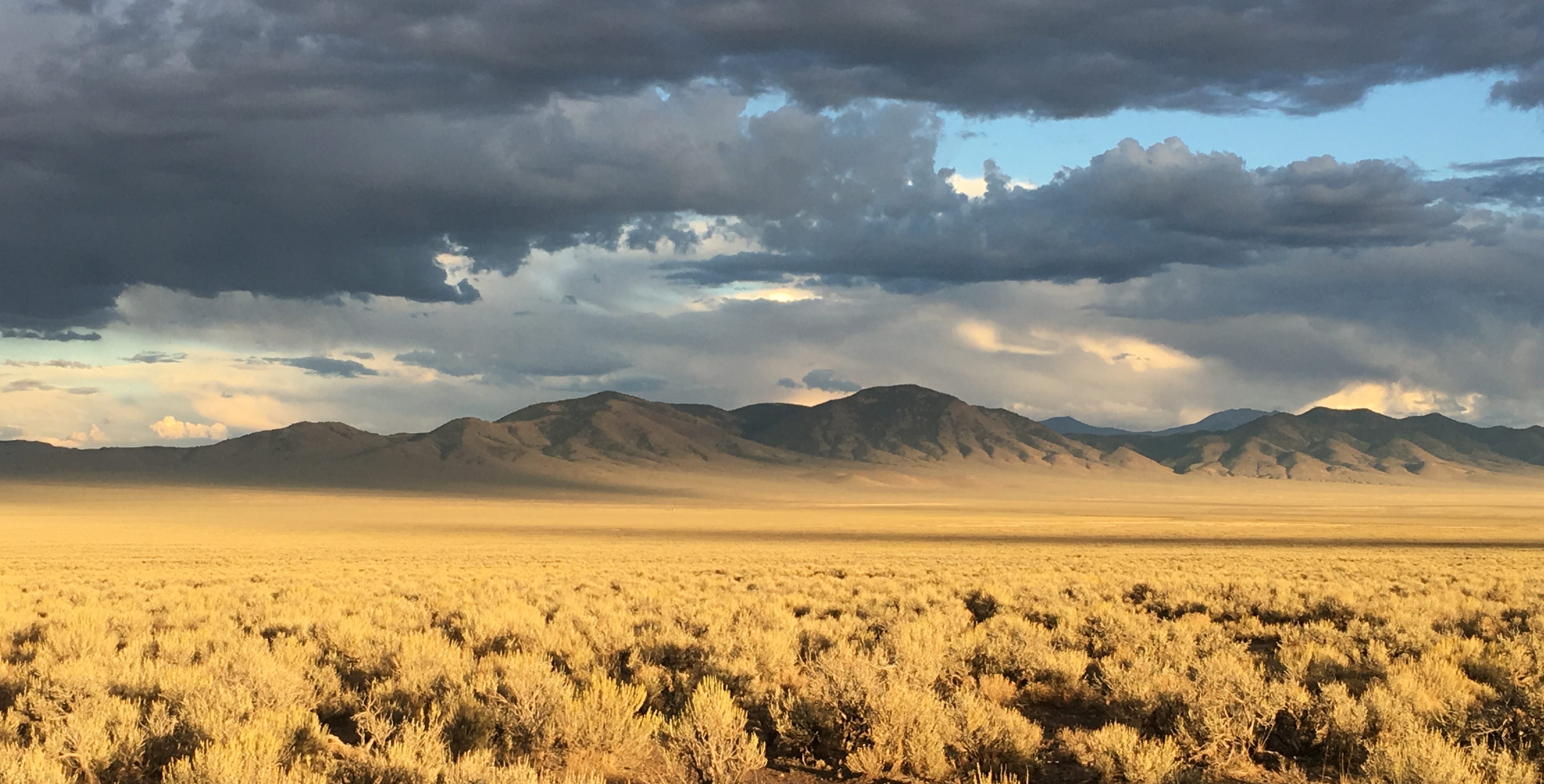